We are seeking to hire a Senior DevOps Engineer to join their rapidly growing team based in Cambridge and take responsibility for developing & maintaining the cloud infrastructure, automation & integration across their systems, managing code workflows and assisting with software releases.

This position will offer the flexibility to work on a hybrid basis, and will be an integral part of an innovative business who are utilising computational methodologies to improve the experience & outcomes of cancer patients. The business is currently in an exciting period of growth & transition and will offer the opportunity to shape the future direction of the company through numerous green-field projects.

As a Senior DevOps engineer, you will be responsible for maintaining & improving the current cloud-based infrastructure, working closely with a team of developers & computational scientists to produce code changes, planning & leading releases.
As a senior team member, you will also be leading & mentoring junior team members, acting as a point of escalation for the UK group and liaising / coordinating with colleagues and partners based in the USA.

1. A BSc or higher qualification in Computer Science OR Equivalent industry experience
2. Proven experience as a DevOps engineer, working with:
- Linux systems and bash scripting
- AWS
- infrastructure-as-code tools such as Terraform, Terraform Cloud, Terragrunt
- configuration-as-code tools such as Ansible
- CI/CD pipelines such as bitbucket pipelines, CircleCI, Jenkins or equivalent
- Containerization with Docker and ECS (Kubernetes and EKS nice to have)
3. Coding experience and understanding of deployment troubleshooting – ideally utilising Python.

Interested in this job? Apply for this position now! 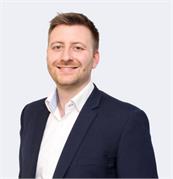 Other jobs with similar skills